Ethiopia was one of the last countries in Africa to allow its national telco a monopoly on all telecom services including fixed, mobile, internet and data communications, reports Research & Markets.

For many years Ethio Telecom's monopolistic control stifled innovation, restricted network expansion and limited the scope of services on offer. However, in June 2019 the government established a regulator and approved legislation to open the market to competition, providing much needed foreign investment.

The process to part-privatise Ethio Telecom advanced in September 2019 when the company was audited, while two licences are expected to be made available for international operators by the end of the year. Safaricom and MTN have expressed interest in entering the market.

Despite the stimulus from market competition, there has been considerable investment in telecoms services, infrastructure and service expansion projects in recent years. Ethio Telecom has secured a network monitoring platform to help it improve services and has also revised plans to launch a telecom satellite, while the government initiated the construction of a $3 billion technology city.

Most of the technologies deployed thus far have been provided by ZTE and Huawei, which have often been preferred for offering vendor financing. In preparation for competition in the mobile market, Ethio Telecom has placed the expansion of LTE services as a cornerstone of its investment program to 2022.

After years of low uptake due to prohibitive pricing, Ethio Telecom reduced tariffs by up to 50% in 2018, resulting in a sharp increase in data and voice traffic. With retail prices now comparable to other more developed markets in the region, pricing will come under further pressure from 2020 as the two international new operators launch services. This should be a catalyst for steady growth in all sectors in the coming years. 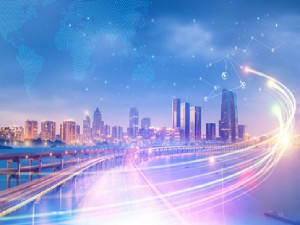