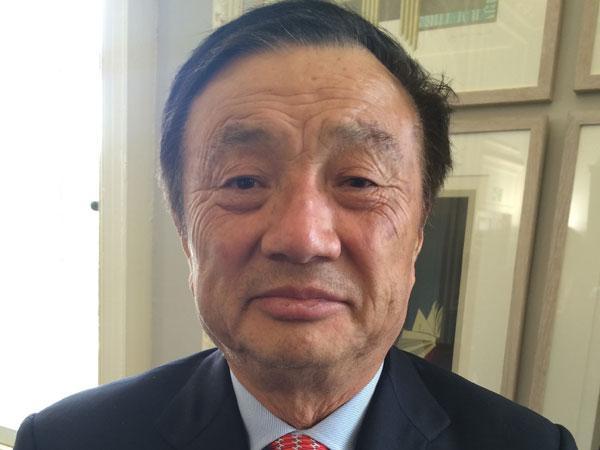 Huawei founder and CEO Ren Zhengfei appeared unruffled by the USA’s apparent reversal of its block on US firms supplying the Chinese vendor with equipment.

At last week’s G20 summit in Osaka, Japan, US President Donald Trump said that he had agreed with Chinese President Xi Jingping that the US would “keep selling [the] tremendous amount of product that goes into the various things” manufactured by Huawei.

While Trump has not removed Huawei from a Department of Commerce (DoC) trading blacklist, he noted that American companies “were not exactly happy that they couldn’t sell because they had nothing to do with whatever was potentially happening with respect to Huawei.”

The block could have prevented Huawei from technologies such as Google’s Android OS or even ARM processors - which are fundamental to virtually all mobile devices – and left the vendor facing a revenue shortfall of as much as $30 billion.

Despite this, Ren’s response to the u-turn was muted. The Financial Times quoted him as saying: “President Trump’s statements are good for American companies. Huawei is also willing to continue to buy products from American companies. But we don’t see much impact on what we are currently doing. We will still focus on doing our own job right.”

Ren has previously described the US sanctions on Huawei as a unifying motivator for them, and said he is “very confident” that the Chinese firm will be able to find local and overseas sources for components. In May, he stated that Huawei was prepared for the US ban and so would weather the storm.

On the matter of the $30 billion revenue shortfall, Ren has claimed that Huawei would “do a lot of switching over and will take time to ramp up, but after that we will be stronger”, adding that he expected a return to growth from 2020.

In the US, Trump has come in for heavy criticism for his perceived u-turn, with Senator Marco Rubio calling the u-turn a “catastrophic mistake” that would “destroy the credibility of his administration’s warnings about the threat posed by the company.”

The US director of the National Economic Council Larry Kudlow was forced onto the defensive, affirming that the move was “not a general amnesty” and that US firms would be prevented from selling to Huawei if there were any national security concerns.

However, several US firms have looked for loopholes in the ban, which prohibits direct exports to Huawei. However, it does not cover products manufactured overseas as long as no more than 25% of their component materials are US-made.