Underlining the growth of the mobile payment business across Africa, operator MTN has announced a $2 million partnership with the International Finance Corporation (IFC) to expand its mobile money business – called MoMo – in South Africa.

The partnership aims to target the unbanked and underbanked population through establishing a strong network of MoMo agents. It is estimated that nearly a quarter of the population is unbanked and over $857 million in cash is held outside banks.

There is also an employment bonus to this arrangement. MTN and the IFC, which is the largest global development institution focused on the private sector in developing countries, plan to recruit 10,000 mobile money agents this year.

The programme aims to engage with small and medium-sized retail businesses, with a particular focus on young people, women and underserved areas.

A team of trade development representatives is to be created and trained by MTN and the IFC to manage a portfolio of MoMo agents, support them in growing their business and help them to manage compliance regulations.

The number of active merchants accepting MoMo payments is growing fast: this quarter it doubled year-on-year to well over half a million The total value of MoMo merchant payments rose by nearly 300 percent to $4.8 billion.

Customer numbers are now over 46.6 million (less than a year after the registration of the millionth customer). The value of MoMo transactions was up 86.6 percent year-on-year to $53.2 billion.

This has been a busy year so far for MoMo. Subscribers have been able to cash-in and cash-out at Pick n Pay stores since April 1 and MTN has announced plans to spin off its fintech business before the end of the first quarter of next year.

MoMo, which is available to smartphone and feature phone users, was launched to the public on 1 February 2020. 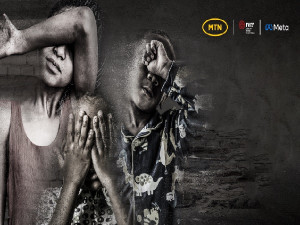