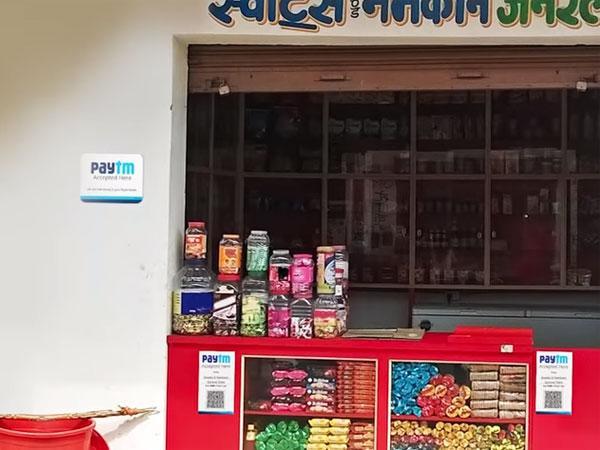 According to the Reserve Bank of India (RBI) Payment System Vision Document, only a fraction of the 10m retailers in India accept card payments, and 145m households were excluded from banking services. When India’s demonetization last year eliminated 86% of cash overnight, Paytm’s cashless payment solution came as a great relief.

Launched in August 2010, Paytm currently operates in India and Canada. The platform witnessed 4X growth in payments and the user base grew from 110m in October 2016 to 280m in October 2017.

In April 2017, the company’s wealth management product ‘Paytm Gold’ was launched, then in May the same year, Paytm Payments Bank Ltd was launched as India’s mobile-first bank with zero charges on all online transactions and no minimum balance requirement.  In November, it launched ‘Paytm Inbox’ that enables millions of users and merchants to chat and pay-on-the-go. Paytm also allowed bank-to-bank money transfers on its platform.

Paytm democratized India’s payments sector by launching QR-based payments. Paytm QR’s unique scan-to-pay flow is now ubiquitous with mobile payments across the country. Moving beyond digital inclusion, Paytm aims at increasing financial inclusion in the country, with the mission of bringing half a billion Indians into the mainstream economy by offering banking, insurance, lending, and payment services.

By seamlessly layering together social messaging, online and offline commerce, payments, banking and wealth management services, Paytm is unlocking digital and financial opportunities that empower the entire spectrum of consumers, merchants, their suppliers and partners, and aspiring entrepreneurs.

With demonetization, the amount of money stored in Paytm wallet increased 1,000% in just one week. The company's user base catapulted from 110m in October 2016 to 280m in October 2017. At a macro-level, Paytm and digital payments laid the foundation for people to build financial history and gain greater access to easy credit. From enabling consumers to buy milk at a local shop or pay for their child's education, to enabling friends, families and groups to send or receive money through a simple chat interface, today Paytm is being used as a preferred payment method by millions of Indians on daily basis.

Paytm is also investing heavily in KYC (Know Your Customer) processes that allow payment banks and other institutions to obtain and verify customer identities. This includes setting up KYC centres across India to help customers get KYC done and make themselves eligible for a Payments Bank account.

Paytm announced its plans to invest $1.6 billion (Rs 10,000 crore) over the next three to five years in expanding its user base to half a billion Indians, including launching a number of new financial products involving wealth management, deposits, and lending.

India is a fast developing digital economy. However less than 30% of India’s population is truly digital, hence there are long term growth prospects yet to be unlocked. Many Indians are still not a part of any mainstream financial systems and Paytm has a long way to go to make India a truly digital payments economy.

Prior to Paytm, the overall merchant network in India which accepted digital payments stood at 1.2m. Paytm alone brought 5m merchants to digital payment revolution by working hard at the grassroot level and going to every nook and corner of the country. Today, India has 8m merchants accepting digital payments thanks to the revolution Paytm brought in. This has led to numerous growth opportunities for small merchants, micro job creations and overall mega push in reducing cash in the economy.