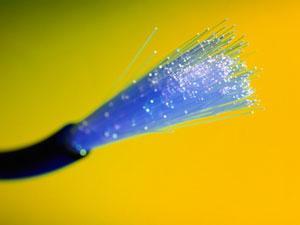 It doesn’t matter if a provider is offering 3G or 4G – whatever device is being used, it needs to be able to connect to the network. As the demand for smartphones increases in developing markets, picking up a connection has become increasingly difficult. Operators are aware that they need to install more base stations or cell sites, but it can take up to two years to receive approval for installing sites in residential areas – and residents often object to having telecom infrastructure deployed in their vicinity.

Most operators are currently building LTE sites, or upgrading existing sites so that they are compatible with the tech. While a lot of base stations have fibre running to them, they are still contested – if there are six devices attempting to connect in one household, they all need to connect to the same base station.

Running LTE requires the network to be augmented with small cells. Currently, they can cover distances of around 200 metres and this is increasing; they are used to cover smaller areas however, so a large number of them need to be deployed. Their small size means that this is not such a problem – customers are far more amenable towards an unnoticeable cell being installed on their roof, for example.

“The major problem faced by small cells is that to be truly future-proof in terms of data speeds, they need to be connected by fibre. While it’s currently possible to provide 100Mbps under ideal conditions from a 4G antenna, over the next year or so customer expectations will rise and fibre will be required to meet speeds up to 1Gbps”, says Gary Williams, Head of Presales Engineering at Metrofibre networx and MEF South Africa Marketing Co-Chair.

Microwave technology can be used in this scenario but struggles to reach gigabit speeds. Although the cost of the tech is slowly decreasing, with operators able to take advantage of inclined orbits, it is still incapable of reaching speeds much beyond 1Gbps. With fibre, service providers are increasingly sharing frequencies, base stations and cell sites, and these are typically in the same facilities. It therefore becomes possible to share the cost of one fibre connection.

However, the industry-wide shift towards small cells is telling – there are many who argue that they have the ability to provide LTE data speeds without fibre. Rupert Baines, VP of Corporate Strategy & Marketing Communications at semiconductor firm Mindspeed, notes that while fibre is certainly desirable if it is present, it is not required for small cells to deliver the best data speeds possible.

“There is always a Red Queen’s Race – the faster you go over one part of the network inevitably ripples back into the other parts of the network”, says Baines. “It’s therefore true in a sense that small cells need fibre to achieve higher data rates; however, Wi-Fi has been able to achieve data rates of over 100Mbps for a number of years and no one has claimed that it can only be deployed in conjunction with fibre, which would be the logical corollary.”

A headline data rate is a peak data rate; backhaul typically is more concerned with an average data rate. Factoring in buffering and caching, a data rate of 100Mbps over a backhaul would support a large number of people with more-than-satisfactory service – whether with Wi-Fi or small cells. “Fibre is certainly ‘future-proof’, but it’s far from the only answer”, concludes Baines.

Supporting the right access bandwidth for the end user requires the correct amount of backhaul capacity, notes Manish Gupta, VP of Marketing & Business Development at synchronisation specialist Symmetricom. He notes that practical considerations are also a factor – the physical locations of deployment, the rights of access available, access methodologies and transport schemes that are available, etc.

“There are many potential combinations – in a residential environment, you’re likely to serve a femtocell with a DSL or cable backhaul, while in enterprise direct Ethernet over copper is prevalent”, he says. “Corporate premises typically have fibre to leverage, while in metro settings it’s much more diverse; there may be microwave or millimetre wave backhaul, fibre or Wi-Fi. It’s simply not accurate to say that fibre is a must-have.”