In a statement, the Eutelsat said the eight-year loan will be used for the procurement and launch of the KONNECT VHTS satellite, which will provide advanced broadband services in Europe and surrounding areas of the continent.

The advanced satellite provides “unprecedented upload and download capacity for fixed and mobile broadband services”, Eutelsat said in a statement.

It weighs 6.3 tonnes and has a Ka-band capacity of 500 Gbps, Eutelsat claimed the “next-generation satellite will carry the most powerful on-board digital processor ever put into orbit”.

The satellite will deliver “ubiquitous and affordable very high-speed fixed broadband access” to European homes, businesses, and public administrations even in remote areas.

Rodolphe Belmer, Eutelsat CEO said: “This long-term financing with the EIB ensures that major players in the space sector like Eutelsat have access to diversified and compelling sources of funding. It is very positive that the European Union has an agenda in support of the space sector that places space connectivity at the centre of its priorities. This commitment also underlines the EU’s belief in geostationary satellites as an indispensable complement to the provision of connectivity to unserved or poorly served regions significantly more quickly and cheaply than deploying terrestrial infrastructure in remote areas.”

“It is an important step in the launch of a new generation satellite able to deliver accessible, cost-effective and competitive connectivity to all,” said EIB vice-president Ambroise Fayolle.

“Space is an important driver of innovation in Europe. This investment illustrates how the EU can support researchers, innovators and entrepreneurs in catalysing the development of advanced technologies to the benefit of end-users, customers, service providers and public authorities.” 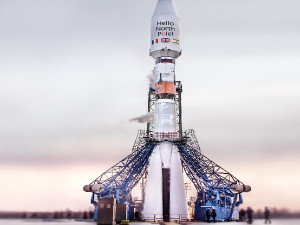