Under the contract, Advantech will provide the hardware to build Ka-Band satellite network hub facilities at five sites in Brazil; the hub stations will work on Brazil’s strategic communications geostationary satellite (SGDC) system.

The infrastructure is designed to support Advantech’s ASAT-IITM HTS Satellite Networking equipment as well as legacy VSAT equipment provided by other vendors. The firm will install, integrate and supervise initial operation of the provided systems.

“Brazil, as one of the largest economies in the world, has recognised the need for universal broadband access to continue effective growth for business, consumers, and currently underserved populations,” said Steve Richeson, Senior VP of Global Sales at Advantech Wireless.  “We will be supporting new and faster broadband access to many households, businesses, broadcasters and industries, ramping up the nation’s economy.”

The PNBL initiative will increase access to broadband in Brazil, aiming to cover 40 million households; about 70% of the population. Telebras will act as a wholesale operator, providing infrastructure and network capacity for Brazil’s broadband providers, the federal government, states and Federal district, municipalities and non-profit organizations including schools and hospitals.

Advantech Wireless already provides satellite communications systems to all of the nation’s mobile telephone providers, to most television broadcasters, as well as to a direct-to-home television delivery system with more than one million subscribers.  In addition, the firm’s equipment supports border security operations for both the Brazil Ministry of Defence and Army. 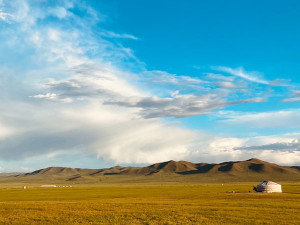