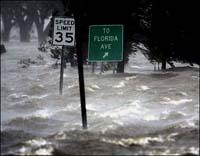 Hurricane Katrina exposed every possible obstacle that could arise from incompatible or sub-standard telecoms equipment and networks. Many of the short-fallings - which serve as a lesson for telecoms in the emerging markets - are discussed by Michael Schwartz.

The USA has experienced many disasters in the last few years:

Sadly, and in some cases fatally for the people caught up in these tragic events, the world's largest economy and sole super-power has revealed a soft under-belly when it comes to communication.

When it came to New Orleans , and the recent hurricane, information which could save lives was on occasion transmitted not by 3G mobile or even plain old telephone service, but on foot. At its very bluntest (and in an hour of the greatest need) rescue services exchanged information by wading through water and delivering messages by hand.

National Guard, New Orleans police, state troopers. They all had their radios working. It's just that those radios could not work with one another. Compatibility was conspicuous by its absence.

Learning from the US failures

But what can be done? And what needs to be done but cannot be done at the present time? And, when it comes down to it, can developing markets learn anything from US failures?

Several factors can be identified as needing imminent overhaul. While one appreciates, for example, that those determining standards and specifications for new technologies need a certain amount of time to 'get it right' it would seem that some manufacturers are not progressing as quickly as they should. Different radio systems are therefore left incompatible. And humans are left at the mercy of the elements.

One can understand, too, that interested bodies need to tailor their communications systems to their particular requirements. The right of a tier of non-central government to specify according to its own local needs is greatly prized. Can coercion be acceptable?

Or take training. Personnel may be well able to deal with the specialised responsibilities during emergencies. But are they briefed to work with other organisations?

And, yes, money does play a part. There may not be much of it. But it matters. Sometimes even basic equipment upgrading is impossible. Because of the bias towards devolving authority locally, national help is limited. 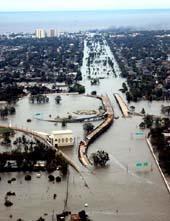 There is plenty to learn from Katrina for operators, manufacturers and authorities working in the developing markets.

And there is one chilling statistic for those 'in the eye of the storm': Safecom, which promotes the vitally important communication between public-safety agencies on behalf of the Homeland Security Department, has named a date. 2023. This is when free communication among the relevant agencies in the USA will finally and fully function.

At present, some local authorities are responding to the challenge. Two solutions that are being applied are gateways linking different systems during emergencies as well as the introduction of a localised radio system to which individual counties or towns can subscribe. Software radio that can span several networks is beginning to make its presence felt.

Of course, the situation has not escaped the notice of the US Congress. Prepare for action with more money for telecoms equipment and more radio channels. The emergency officials have already claimed that Congress has not given them enough money but that reaction is to be expected.

Perhaps those officials should have rammed home the point that a radio on one frequency will not talk to another frequency. Compatibility, on further investigation, looms large as the key problem (new markets take note). Radios by different manufacturers don't communicate - not necessarily because o f an initial fear of competition but genuinely to avoid mutual interference. Must developing markets make the same mistake of buying sets of equipment which can not work together to the benefit of their customers?

The challenges to meet and beat

While compatibility remains paramount, several lessons have to learnt by any authority attempting to set up a rescue infrastructure - anywhere in the world.

Inadequate training and planning will make their presence felt. There is evidence that those who are first on the scene are not trained to communicate with later-arriving agencies. The gateways mentioned above may only be temporary and they may be difficult to build in emergences, but they can play their part and people need to know how to establish and exploit them. They can save lives.

Compatibility in instructions and physical communications is also vital. In emergencies commands or phrases that mean one thing in one area but something different in another area are not acceptable. And neither is inter-agency jealousy or dislike. United we stand, divided we fall.

And how about making sure that industry standards are not only agreed on but actually carried through at all stages - from initial planning to the actual issuing of the equipment to the emergency operatives?

Or agencies in the emerging market refusing to accept incompatible equipment? 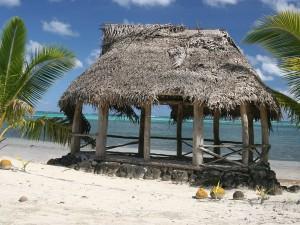 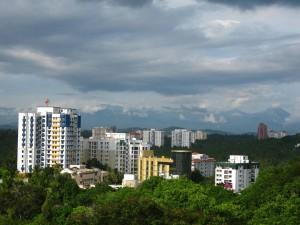