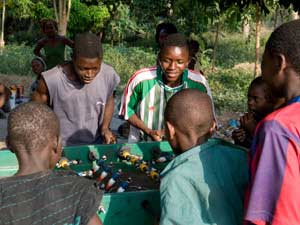 Customer awareness of broadband technology or rather the lack of it accounts for the Digital Divide in broadband rather than any lack of availability of the relevant technology. The Ovum consultancy makes this claim in its recent report Bridging the broadband divide: challenges and solutions.

Digital Divides in developed economies are less about limited broadband availability and more about a lack of broadband demand and complex interfaces. These are some of the key conclusions in  the latest report from advisory and consulting firm Ovum, entitled Bridging the broadband divide: challenges and solutions.
"There has been significant focus on the limited availability of broadband as the main factor in creating digital divides," says Charlie Davies, Senior Analyst with Ovum's Consumer Practice and author of the report. In fact, Ovum and other consumer surveys and studies have shown other factors such as a lack of demand as being a more significant barrier.
Globally, overwhelming evidence that broadband is "good for the economy and good for the nation" has made connecting society via broadband Internet a major government goal. In many developed markets, broadband penetration is now well over 50%; however, overall broadband growth is slowing despite the fact that broadband availability is at an all-time high. This, according to Ovum, is due to either a significant minority of people not being interested in taking up broadband or their facing significant barriers in doing so.

Ovum's report outlines a number of different strategies that will in its opinion help to bridge the digital divides:

Companies in the ICT sector, including broadband providers and consumer electronic companies, face the double challenge of reduced consumer spending and saturation of their core customer bases (early adopters and the mass market).

"The growth opportunities that lie in serving this "last 10-30%" of the market globally are there; nonetheless, they are the most challenging segments to sell to, with higher acquisition costs and lower returns", concludes Charlie Davies. "However, those who have the finances, acumen and resources to pursue these segments in partnership with others can reap benefits that go beyond additional incremental revenue and Corporate Social Responsibility fulfilment, including building strength in inclusive design and additional brand value."