?"The explosive spread of mobile phone networks across the developing world has created a unique opportunity to significantly transform how countries can tackle global health challenges," said Dr Howard Zucker, Assistant Director-General of the World Health Organisation (WHO), at the Partnership's launch at 3GSM in Barcelona.

The Phones-for-Health partners - the US President's Emergency Plan for AIDS Relief (PEPFAR), Accenture Development Partnership, Motorola, MTN, Voxiva and the GSMA Development Fund - are initially focused on ten African countries, building on an already successful deployment in Rwanda. The partnership is also likely to be extended further in Africa and Asia to address tuberculosis, malaria and other infectious diseases.

Phones-for-Health will allow health workers in the field to use a standard Motorola handset equipped with a downloadable application to enter health data. Once entered, the data is transferred via a packet-based mobile connection (GPRS) into a central database. If GPRS is not available, the software can use a SMS data channel to transmit the information. The data is then mapped and analysed by the system, and is immediately available to health authorities at multiple levels via the web. The system also supports SMS alerting and other tools for communication with field staff.

"Rapid and accurate communications channels are crucial to tackling the many health problems faced by African countries and other parts of the developing world," said Rob Conway, Chief Executive of the GSM Association. "The roll out of this health management software in Africa will clearly demonstrate how governments can exploit the expanding mobile infrastructure to enhance the well-being of their citizens."

For US Global AIDS Coordinator Ambassador Mark Dybul: "People living with HIV in the developing world deserve high-quality treatment and care, and this innovative partnership will ensure that health workers and programme managers get the timely, relevant information they need, even when they serve patients in the most remote areas." In many African countries fixed-line Internet connections are rare and paper forms are still the primary way of recording the spread of disease. And yet more than 60% of the population now lives in areas with mobile phone coverage with the GSMA expecting that figure to rise to 85% by 2010. This makes it feasible to use mobile phones to relay this information directly into health authorities' computer systems, allowing rapid interventions such as distribution of medication and education programmes for those at risk. MTN, which operates in 21 countries in Africa and the Middle East, is the first operator partner in this programme and will support the roll out of handsets and the underlying data service.

?"Health workers will also be able to use the system to order medicine, send alerts, download treatment guidelines, training materials and access other appropriate information," said Paul Meyer, Chairman of Voxiva, the company that has designed the software: "Managers at the regional and national level can access information in real-time via a web based database."

The Phones-for-Health alliance builds on the partners' successful experience in Rwanda deploying a system built by Voxiva called TRACnet. Working in close co-operation with the Government of Rwanda and PEPFAR, the system has been used for the last two years to manage that country?s national HIV/AIDS programme. "This technology is revolutionising how data is captured in the field," said Dr Louis Munyakaze, Director-General of Rwanda?s National Institute of Statistics.

Dr Agnes Binagwaho, Executive Secretary, Rwanda's National AIDS Control Commission is very optimistic: "With TRACnet, we have a powerful tool to manage the HIV and AIDS programme and to deliver care to Rwanda?s patients affected by HIV and AIDS. Health care workers use something as simple as a cell-phone - even where there is no electricity - to report on the number of patients on treatment, drug stock levels and the other key data we need...Rwanda is the first country in Africa with a national-scale, real-time information system to manage its HIV and AIDS programme. We believe this can be a model for scaling up HIV and AIDS programmes across Africa and can be extended to TB, malaria and other diseases."

* The US President's Emergency Plan for AIDS Relief (PEPFAR) is the largest commitment ever by any nation for an international health initiative dedicated to a single disease: a five-year, US$15 billion, multifaceted approach to combating HIV/AIDS around the world. As part of the Phones-for-Health initiative, PEPFAR will provide initial support of US$2 million to this alliance for system expansion in Rwanda and Nigeria in 2007.PEPFAR will also supply a broad range of expertise in the system content area, and will support implementation on the ground through its country teams. 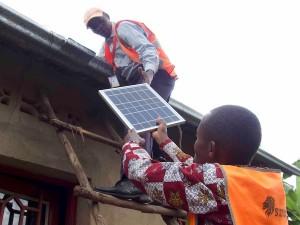 ITU and WHO promote health messaging by text
Consumer Ecosystems 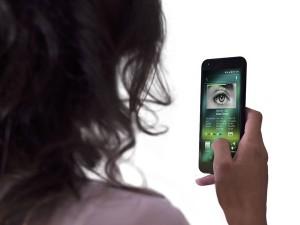 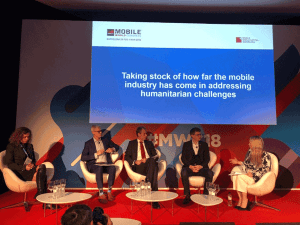 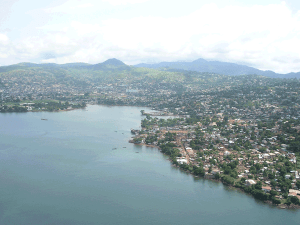 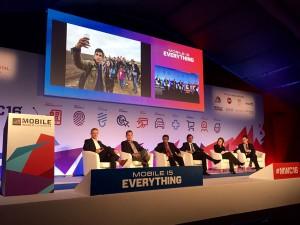