In the conference rooms and exhibition halls off Plaza Espana in Barcelona an interesting scenario unfolded recently at 3GSM. For while the majority of delegates, media analysts and exhibitors at 3GSM, the world's largest mobile phone event, were there to see and hear about the latest wireless applications and services, communications in the developing world at last made a determined move up the agenda and towards centre stage.

Ever since mobile phone operators made such disastrous miscalculations over the value of 3G licences, the search has been on for services enabling operators to recoup the cost of their over-investment. And the 3GSM World Congress seems to have grown ever more glitzy and all-encompassing as the search becomes more desperate. This year's move to Barcelona saw the mobile content and entertainment areas grow significantly to match the equipment and service providers in range, if not in the sheer scale of their displays.

But as each successive innovation fails to repeat the revenue-generating success of SMS - picture messaging being but the latest - there are signs at last that, at least in some quarters, they may be realising that the "next big thing" just isn't going to happen at all.

Or rather it's been sitting there all along staring them in the face, but not where they were looking for it. And it's called, according to Ed Zander, Chairman and CEO of Motorola, Connecting the Next Billion.

What this means in simple language, is that the big vendors are looking towards developing and emerging markets at last. So this year delegates were given not one but two keynote sessions on the developing world with, in addition to Ed Zander, contributions from Mohamed Ibrahim of Celtel, Babar Khan of Pak Telecom and Tarek Kamal, Minister for Commerce and IT from Egypt . The GSMA announced a big extension of its admirable Development Fund. And a significant number of the larger vendors in the exhibition halls were sa yi ng that developing markets - or high growth markets as the spin-meisters will now have us call them - are now their number one priority.

Of course there is a big clue in this re-branding from 'developing' to 'high growth' markets. Whilst no one can doubt the sincerity of industry figures like Ed Zander and others when they talk about the importance of developing telecoms in emerging markets, leading vendors like Motorola, Alcatel and Ericsson and operators like Celtel and Orascom who are snapping up licences in Africa and the Middle East are not motivated by charity but by profit.

So is this all just a cynical attempt by the mobile industry to recoup the losses made in the first world by developing telecoms in developing countries? And if it is, should we care if the result is none the less that the developing world gets to increase its ability to communicate at a price it can afford?

To that question the answer is, emphatically, no. We should welcome it. And price is the key to it all.

Remember two things. First, no one is forcing the developing world to use wireless technology to connect the next billion subscribers. It could just as well be achieved with fixed wire solutions, as the ITU has advocated for years. Except that 85% of all communications in developing countries are now done wirelessly. Wireless backhaul is the norm. Satellite uplift is the norm. New fixed connections are becoming statistically insignificant in developing countries. Why? Because wireless solutions are not only more practical but significantly more cost effective than fixed wire, even when it comes to providing "fixed wire" services. In other words, wireless works for the developing world.

Do it right and it will work for everyone. That means, in the main, 2G rather than 3G solutions for now. It means packaged solutions for OSS , BSS and network management. But it also means new, leading edge technologies like WiMax for urban areas and broadband wireless for internet access.

And it doesn't mean reduced service levels, stripped down or second best equipment, whether it is network infrastructure or handsets. Motorola were showing a range of sub US$30 handsets for developing countries which, an embarrassed executive admitted, sell rather too well in developed markets. Perhaps this once again illustrates that the mobile industry is at its best when it remembers that providing basic voice and text services is first and foremost what it is about.

And while it is hard to see 3G applications such as IPTV having much of a role in developing countries in the near future, it's clear that this year's buzz technology HSDPA does have great potential here. And there will be some surprises too. Services which have struggled to make an impact in developed countries such as ringback tones are experiencing much higher levels of take up in developing countries, showing that you can leapfrog services as well as systems.

Is the mobile industry taking a side bet on developing markets? 3GSM showed that the message about the developing world is starting to get through, even if it is still only with a minority. Developing telecoms in developing countries really is the "next big thing." It may turn out to be much more than a side bet. 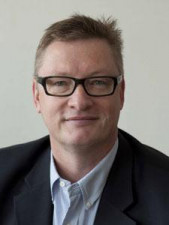 Looking Back for the Future of VAS
Consumer Ecosystems 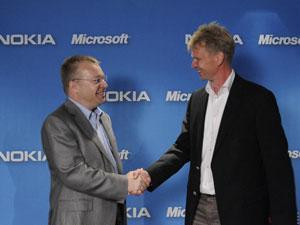 Nokia and Microsoft join forces – but do emerging markets get the short end of the stick?
Vendors