According to the ITU 45,000 exhibition visitors attended ITU Telecom World. But how many were from Africa, the Middle East, Latin America and Central Europe? It seems many exhibitors felt not enough to justify the cost of participating. Telecom returns to Geneva in 2009. But has the day of mega-events passed, or has a rival event taken Telecom's place?

On the surface ITU TELECOM World, exceeded forecast with a total attendance of 62,000. But looking beyond the headline, only 41,000 visitors attended the exhibition with a further  2,000 participating the Forum.

Most of the gap in numbers is made up with staff from exhibitors - over 13,000 of them - which means there was 1 company salesman for every 3.4 visitors. Add in the clear observation that visitors from China made up the vast majority of attendees at this 'Global' event and you might start to wonder about the credentials of ITU TELECOM World as the global telecom event. Visitors from Africa, the Middle East, Latin America, Central and Eastern Europe and even from other parts of Asia were thin on the ground.

The 1990s saw over  200,000 visitors fighting their way through the traffic and crowds into Palexpo, Geneva, Switzerland . No one expects that now. The telecoms landscape has changed beyond recognition in ten years. Now it is a competitive, wireless, IP-based industry with a rapidly increasing degree of convergence with the IT and broadcast sectors.

A good number of the 150,000 people who were not in Hong Kong in 2006 may not even be in the industry any more. But a lot of them still are. And if my recent contacts around the industry are typical, quite a number sta yed away out of choice, perhaps even taking their business to other events. To 3GSM for example, now in Barcelona , which promises more visitors and double the number of exhibition stands.

So just how important is the ITU's TELECOM World now?

In particular, how relevant is it to the developing world? Should engineers and managers from emerging markets spend time and money to go there?

Don't get me wrong. I have a tremendous respect for the ITU and believe as an organisation it is motivated by the best of intentions. And the many ITU people I have worked with and got to know personally over the years have all been sincere in their commitment to ICT development, in addition to unfailingly being helpful and pleasant.But that does not mean one should not question the role of events such as ITU TELECOM World.

There are three reasons why I believe TELECOM World has less relevance than in the past to today's telecoms environment.

Firstly, the ITU is still primarily focused on classical, non-IP networks. The organisation's real power comes from controlling technical standards and interconnection. In this respect it suffered a huge blow in not gaining control over Internet. But a combination of powerful (mainly US) equipment vendors, the Internet Corporation For Assigned Names and Numbers (ICANN) and the US government were never going to let that happen. And as IP takes a greater share of voice traffic from traditional networks, it is hard not to see further decline in influence ahead for the ITU.

Secondly, the focus in telecoms today is on wireless, but the ITU is fundamentally still a fixed-line organisation. Fortunately for the ITU it has kept its hands firmly on the wireless technical standards steering wheel. But commercially, the massive increase in traffic has been in wireless and, in particular, with new independent operators and Virtual Mobile Operators.

In developed countries wireless growth has not been at the expense of fixed-line traffic. There is an on-going migration of voice from fixed to mobile but Internet traffic has, until now, been taking up the slack. It has, however, reduced the relative wealth and importance of fixed-line operators and, correspondingly, the ITU's power and influence.

In the developing world things are not so simple. For years fixed-line operators, supported by the ITU, struggled valiantly against poverty, corruption and lack of resources to raise teledensity and service access. Now, at last, a solution to the difficulties of extending communications has been found. But unfortunately, and really rather embarrassingly from the ITU's point of view, it is wireless. In the next ten years almost all growth in the telecoms sector will be in developing markets. And over 95% of the 1 billion forecast new connections will be made wirelessly. The simple reason for this is cost: wireless costs 10% of fixed line, per connection, to install.

We are really just at the start of a massive increase in the availability of ICTs in developing countries. But this will completely by-pass fixed-line operators - indeed it is taking place in some places in spite of rather than because of them. This growth in mobile traffic is at the expense of fixed-line potential. Moreover, technologies such as broadband wireless will ensure that fixed capacity will never be installed in the vast majority of places in developing markets. This means that the ITU's incumbent fixed-line membership base will account for a rapidly diminishing share of communications traffic and that ITU will have correspondingly less influence.

Lastly, the ITU still remains primarily an organisation for incumbents. De-regulation and privatisation have meant that the ITU now deals as much with regulators as operators. But ironically this has resulted in a perception that it has become more remote from the increasingly competitive commercial operator sector. The ITU can sometimes appears lumbering, slow and wrapped up in political and technical correctness. This is perhaps best illustrated by the impression that organisations such as VoIP operators and second tier wireless operators are very much second-class citizens in the ITU universe.

There is an additional irony in this for ITU. It is no way the 'fault' of ITU but the fact is that, in the developing world, some de-regulation and privatisation has been long on talk but short on action. The growth, however, of independent wireless operators has been as great there as elsewhere. So in developing markets, despite the best intentions, the ITU's alignment with incumbents and regulators leaves it looking more isolated than in developed ones.

ITU has long been sensitive to the charge of elitism. From a developing world perspective the organisation has an excellent track record. Having pretty much invented and defined concepts such as the Digital Divide and teledensity, it has made promoting the ICT needs of the digitally deprived a central part of its mission. Its staff make-up reflects the developing world very well and activities such as the youth forum and the entire WSIS initiative show a genuine long-term commitment to the ICT interests, needs and priorities of developing nations.

The ITU TELECOM World event was conceived as a global event, to showcase the best and newest technology the industry offers. The fact that for the first time the World event, as distinct from the TELECOM-Lite regional events, has left its Geneva home for Hong Kong is encouraging. Hong Kong is, arguably, closer to the coal face of the developing world.

But why not Bangalore or Manila ? And is there not more than just an impression that leaving the security of Switzerland has been undertaken only with the greatest reluctance, following years of industry pressure? The ITU might deny this, but on current performance Hong Kong looks like a one-off. The next ITU world event is already announced for Geneva in 2009.

What is the Alternative?

Organisations such as the GSM Association and the WiMAX Forum have risen in both membership and influence in the past ten years. Their events, and particularly 3GSM Barcelona , have gained in size and influence to the extent that 3GSM now overshadows ITU TELECOM World both in terms of visitor and exhibitor numbers.

But the real truth may in fact be that the day of mega-events is over. With improved communications there has been an explosion of smaller events in developing countries. OK, so they don't have the range of technology and conference topics of a big event. But for the hard pressed executives and engineers of operators in developing countries, many would argue these now offer a better opportunity. 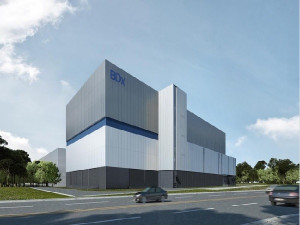 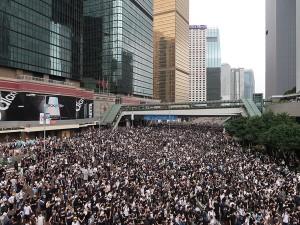