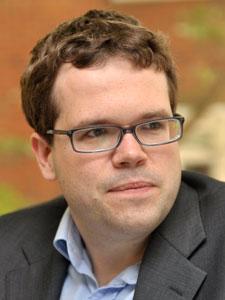 It’s not just the future that’s bright for Africa – there are plenty of opportunities right now if you know where to look, according to Deloitte’s Matthew Guest, Senior Manager in Strategy Consulting. DT editor James Barton spoke to him as part of a series of articles on growth in Africa.

DT: Are there too many operators in Africa? Is consolidation the answer?

MG: It’s foolish to compare African markets holistically to say Europe or Asia, but in some characteristics – such as the optimal number of operators in a territory to guarantee sufficient competition and economies of scale, it’s clear that Africa has far too many operators in many of its countries. Uganda for example has seven operators – from a total market revenue perspective, it’s over capacity.

Because ARPUs are so low, one of the key things that companies need to do – both within a territory and on a pan-Africa basis – is consolidate some of the back office functionality. For example, inter-continental minutes clearing; it’s expensive for a small operator in a country like Uganda, but if you can consolidate that into a group like Zain or MTN, then it makes a lot of sense.

It’s still early days, and in most of the major markets it can be advantageous to be small, agile and commercial, and to let the consolidation happen at a later date. It can be difficult for large telecoms groups to come into markets like that and effect change that is positive and doesn’t impede the process of customer acquisition.

DT: So the investment that a larger player would bring to the market is not necessarily the right move for now?

MG: Potentially, some of the economies of scale of a larger group – i.e. an operator working at 35% - 40% market shares – or the capabilities that it can bring will be advantageous. However, there are relatively few markets where that’s true; South Africa and to a lesser extent Ghana and Kenya all have the foundations of competition established, but in the majority of areas that isn’t the case.

The larger operator group doesn’t necessarily bring anything advantageous – there are certain issues around the capital required to fund major network upgrades, and at the moment there’s a lot of news about investments being made into extending 3G networks. This requires external capital and expertise – but a big vendor such as Huawei or ZTE could of course obtain that expertise from a supplier rather than an operator.

DT: Do you see infrastructure sharing as a model that will catch on among under-developed markets to boost consolidation?

MG: There are various layers of infrastructure – there’s backhaul, passive infrastructure in mobile, tower sites with the guard and generator, and then there’s the active RAN infrastructure. Backhaul currently requires more investment from operators - collectively or individually - in the transmission networks that are required to supply cellular networks, particularly in rural areas.

Passive tower infrastructure is an area where costs in Africa are substantially higher than they are in other markets, simply because the towers themselves tend to be self contained – they have their own diesel power supply etc. – so in terms of cost, it’s not necessarily a differentiating factor for operators.

I doubt there will be much active network sharing in most territories, though there is the potential for something similar to BSNL’s programme of providing national coverage on a RAN-sharing arrangement. Africa’s economies tend to be heavily biased towards urban activity, and so in urban areas having your own radio access network, backhaul, etc. is still an advantage as network quality is extremely important. Since the economics and the competitive advantage of a reliable network are both favourable, I don’t see network sharing happening in urban areas going forward.

DT: Where else can operators look in order to bring down their expenditure?

MG: Backhaul. At the moment, if you look at the cost of providing fairly basic fibre access to towers in even the most developed African markets, the costs are just prohibitive. Increasing the capacity of a cell tower – particularly with a view to providing 3G services – is a prohibitive cost, so backhaul is an absolutely critical area. EBITDA margins are falling, but economies are taking off and markets are moving from more basic cellular communications to more advanced services as a result. Cost saving is of course important, but in many territories it’s not the top priority for operators.

MG: In Eastern Europe, it could be argued that business is not as transparent in some other markets, but this hasn’t been a significant impediment to investment. As markets professionalise, market transparency improves – long term security is just part of the model by which operators choose to value an asset. Many of the major African markets now have stable enough governments to ensure that investments will not be taken over by the state in the long term, and that the states themselves will maintain their stability. Other aspects of the business culture there are dealt with as part of the risk – that stability is enough for investors.

DT: What are the key factors dispelling the negative attitudes that investors have long held towards Africa?

MG: Growth. You can measure growth of economies in many ways, but right now 7 out of the 10 fastest growing economies in the world are in Sub-Saharan Africa – Ghana, which has a stable GDP base and governmental situation, is the fastest-growing economy in the world. There is money to be made in areas where risk is higher, but they’re simply less competitive than markets such as India, China, Southeast Asia and even South America. Africa is arguably the last area where investment on a continental scale is possible without excessive competition – and that’s attractive.

Another interesting thing about many African economies and cultures is that they’re quite well-disposed to the developed world’s capitalist way of doing business; that’s not necessarily culturally true of other emerging economies. My experience is that there is a very recognisable way of doing business in many African countries which is familiar to those major investors, and people have started to realise this over the past ten years.

DT: How important is it not to view Africa as a single market, and to understand the differences between even neighbouring countries?

MG: Some investors will think of emerging markets in general as being ‘all the same’; people just associate one ‘poor’ country with another. There’s a danger that investors don’t understand the subtleties between countries - which often aren’t that subtle - but it’s no different in Africa than anywhere else - India and Pakistan for example. Some big companies will naturally attempt to treat Africa as a single entity, but they will learn to focus more attention as Africa becomes more of a strategic growth area for them.

The importance of backhaul is critical - much of the subsea that’s landed over the last decade is not being connected up to the benefit of the local markets. Lagos Island – the site of the largest African stock exchange outside of South Africa – has got 8 terrabits of subsea landing 2km from it but most of the exchange uses VSAT for connection because there’s no ability to provision it onshore. Unless that robust, onshore backhaul exists, the telecoms market – especially for enterprise telecoms – simply won’t develop in the same way as in the rest of the world because a lot of the interplay between operators won’t be possible. Even basic capabilities like roaming and data won’t exist, because it won’t be economic to provide them unless there’s substantial investment in backhaul. That will either come from local governments – although that’s doubtful – or from corporations. The next mega-investments will be onshore in Africa.