2015 is a year in which we’ll likely see a great deal of attention paid in emerging markets to how data revenues will need to quickly bridge the gap that stems from rapidly declining SMS and voice revenues.

If it seems like the latter is about to fall off a cliff, it’s because it is – and it has, in developed markets around the world. Japan, for instance, already sees a 70/30 split between data and voice revenues, with the United States having crossed the 50/50 chasm in 2013.

Aggressive moves to bring low-cost smartphones into markets such as India will only help fuel the obsessive browsing and app-gobbling behavior so common to developed markets, and yet there remain several key stumbling blocks in emerging countries that operators would be wise to focus their efforts on this year.

Rethinking data retailing, for one. Smartphones are being activated rapidly in emerging markets, and yet the “attach rate” for data plans lags behind this device growth curve. For operators to reverse this, it doesn’t mean pushing the same bulky, megabyte-based plans to users that our industry’s been flogging for years, and expecting users to somehow understand them this time.

The fact is, a revolution in data retailing is upon us, with time- and content-based data now being available through products like Opera Web Pass, in which “1 day of data” or “1 hour of social media” becomes the perfect entry point for the first-time data consumer. One or two clicks, and browsing begins – and operators who provide a soft landing for their users, such as a second low-priced Web Pass or even a no-cost pass sponsored by a brand, can start to nurture behaviors in users that will assure them of being the data-consuming smartphone warriors of 2016 and beyond.

Yet if networks aren’t built to scale with the increased demand coming from bandwidth-heavy mobile video and audio, it really doesn’t matter how many web passes are sold, nor how many data bundles are activated. Users will, as they’ve done so often in developed markets, migrate to the operator with the perceived “best network” – and rightly so.

I think in 2015 the virtualised, software-defined networks we’ve been bantering about for years start getting switched on, in incremental parts. The dominance of mobile video will be a key driver for this.

Cloud-based video and data optimisation solutions like Opera’s Rocket Optimizer have a key role to play here in assuring a first-rate quality of experience for consumers, and in doing so in a cost-effective and targeted manner that lets operators focus only on problematic video traffic (the kind that stalls and buffers and generally makes consumers think about switching mobile operators), stopping it dead in its tracks before it even starts. Operators will increasingly insist that any new network deployments be lightweight and flexible, rather than bulky and hardware-based, as time to market and ability to adjust on the fly will be crucial as data traffic continues its inexorable surge.

Jay Hinman is the Vice President of Operator Solutions at Opera Software. 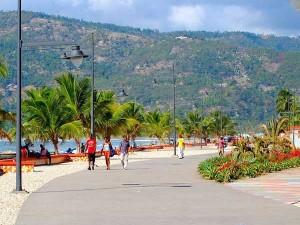 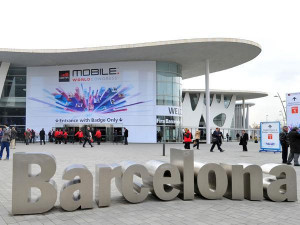