Malaysia has stated that it will adhere to its own security standards in selecting vendor partners as it prepares to deploy 5G this year.

The selection of vendors for 5G network equipment is politically fraught, with the US pressuring its allies to avoid using kit supplied by China’s Huawei. Malaysia’s communications minister Gobind Singh Deo acknowledged that “concerns that have been expressed around the world” about Huawei but noted that the country would follow its own standards.

The US brought a number of accusations against Huawei, claiming that the vendor stole trade secrets and tracked individuals on behalf of the Iranian government. Huawei has denied these charges but is currently blacklisted in the US due to concerns that its equipment could contain ‘back doors’ that would allow it to spy for the Chinese government.

Huawei has promised the Indian government that its equipment will not feature such back doors. Asked if the vendor had made the same pledge to Malaysia, Singh Deo said: “When you talk about security, be it Huawei or anyone else, you want to be assured that whatever system they propose... is suitable for you. We do not say we will not deal with one particular company because generally there are security concerns.”

The Malaysian operator Maxis already has a 5G agreement in place with Huawei, and the vendor has provisional deals lined up with other operators in the market, including Celcom and Telekom Malaysia. Nokia and Ericsson are also pursuing 5G agreements in Malaysia, with the government keen to foster competition among vendors for a healthier sector.

Spectrum tenders set to be issued in April with 5G deployments expected in the third quarter. Singh Deo said he expects commercial services to be available by the end of the year or early 2021, with the upgraded fibre and cellular infrastructure likely to cost $5.22 billion over the next five years. 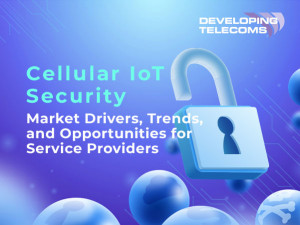