Fitel has extended its contract with Gilat to cover the regions of Amazonas and Ica, in addition to the four telecommunications projects that are nearing completion in the regions of Huancavelica, Ayacucho, Apurimac and Cusco. In the two additional regions, Gilat will build the infrastructure required to support the Peruvian population including connecting schools, police stations and health centres.

The Amazonas region was awarded for $108 million and the Ica region for $45.6 million. Gilat expects additional revenues to be generated by selling network capacity to cellular carriers to address the growing needs for voice, data, and internet in these regions, as well as the development of platforms for e-learning, e-health and e-government.

Arieh Rohrstock, General Manager Gilat Peru and Corporate VP, said: “Gilat’s interest and long term goal with the six regions won so far, and potentially additional future regional wins, is to turn Peru into a source of secured, multi-year, significant, profitable revenue, generated from both secure government fees as well as from selling services such as e-learning, e-health and other OTT services.”

“It is a pleasure to see the continued effort and materialisation of providing broadband through financing contracts, this time delivering service to the Amazonas and Ica regions,” said Virginia Nakagawa, Vice Minister of Communications, Peru.

Fitel’s regional initiative represents the complementary phase of the Peruvian National Fibre Backbone project, aimed to connect rural villages to broadband services. Within the framework of this phase, Gilat won the bid for regional projects – in Amazonas and Ica.

The fiber-optic transport networks will be built and transferred to the Ministry of Telecommunications after a period of no more than 18 months, while the Access networks based on wireless technologies will be built and operated by Gilat for 10 years.

In the frame of the Access network operation obligations, Gilat will connect about 632 public institutions in 349 remote villages to broadband services. 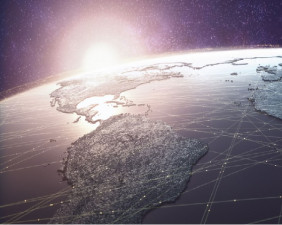