Samsung has unveiled the first commercial smartphone to use the Tizen platform. Sporting the moniker ‘Samsung Z’, the device is due to make its debut in Russia in the third quarter.

Russia had been widely mooted as the launch market for the Samsung Z, and many speculated that the device could be aimed specifically at emerging markets. The vendor has not revealed which markets will play host to the device in the future, but other CIS countries seem likely options.

The Samsung Z is pitched as the vendor’s newest premium smartphone, and is the vendor’s first smartphone to support the Tizen platform, which Samsung had previously used only for its Galaxy Gear smart watches. The vendor has described the platform as providing “fast and powerful software performance”. The new device features a 4.8-inch HD super ‘amoled’ display and a 2.3GHz quadcore processor.

In addition, the device offers “superb 2D and 3D graphic qualities” and “smoother scrolling and an improved rendering performance for web browsing”, as well as a fingerprint sensor to provide extra security and privacy. An “ultra-power saving mode” allows the phone to operate in emergencies with barely any battery power.

The reveal comes as new research from mobile marketing specialists Upstream finds that consumers in developing markets are calling for the handset to more readily provide relevant, localised content and services as well as more appropriate payment mechanics and pricing models.

The research polled the views of a representative sample of 4,504 consumers in Brazil, China, India, Nigeria and Vietnam in conjunction with analyst house Ovum.  The findings show that over a third of consumers (35%) in these countries find content typically too expensive to buy over their mobile and reveal that as many as a fifth (21%) don’t possess the credit card or debit card details required to make purchases.

Nearly a quarter (24%) of consumers in these markets said that they also currently find it difficult to source the content they are looking for on the portals and app stores available to them over their smartphones.  Many lamented a total lack of accessibility with a fifth (20%) of respondents claiming that content is often not in their local language.

Marco Veremis, CEO, Upstream, comments: “The launch of Tizen on Samsung handsets provides an exciting proposition for emerging market consumers, where accessibility to truly localised content and appropriate payment mechanics could at last become a reality. As handset manufacturers search for the most effective means of capturing brand loyalty of developing markets, they would do well to seriously assess whether the Western models used to disseminate content and services to consumers equates to fitting a round peg through a square hole.”

Veremis added, “Samsung may well consider working with mobile network operators, who can provide a new way for emerging market consumers to access and pay for the content they require, using their pre-paid phone credit they on their handset.”

Social networking content and apps were found to be the most popular use of smartphones in emerging regions, with 82% of respondents saying that they used their device for this purpose. Just beneath this figure, 81% used their smartphone for access music apps and content, followed by 78% for news and 65% for gaming.

While these figures may correspond with the West’s use of handsets, research also revealed that emerging market consumers would like to use their smartphone for a number of other reasons in the future. Most popularly, over half (54%) of emerging market consumers would like better access to information and services pertaining to health care. In addition, 44% would like better access to education apps and services, 43% want better access business and financial services apps and 43% to travel services.

Veremis added, “For many consumers in emerging markets, mobile handsets remain the only interactive medium for them to engage with. For this reason it comes as little surprise that they want their phones to open up a whole host of content to them – perhaps placing greater emphasis on their need for the mobile channel to offer them a range of services. For this reason, Mobile Network Operators will be the catalysts and key beneficiaries of a data revolution in emerging markets, both becoming the prime avenue for consumer billing and  unlocking a new world of content customers are looking for as their mobile consumption grows.” 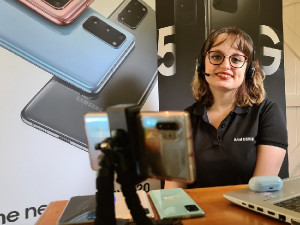 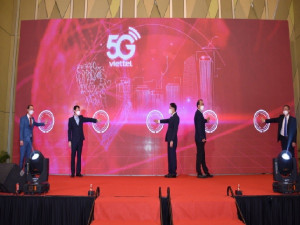