Global Internet Access rural areas cellular networks
The global mobile phone industry's massive investment in cellular networks represents the most cost-effective and efficient way to deliver Internet access to rural areas.This is according to the GSM Association (GSMA), the global trade association representing mobile network operators across 210 countries of the world. GSMA's Chief Regulatory Officer Tom Phillips, speaking at ITU's Global Regulators Symposium at WSIS, believes: "Mobile phones are in the hands of more than one quarter of the world's population today. We are building on this momentum to bring convenient and cost-effective Internet access to users on a global scale. Governments should work closely with the industry to extend the reach of these services to as many people as possible...After 15 years of investment by mobile phone operators, almost 80% of the world's population lives in areas covered by cellular networks.

"Analysts estimate that the global operator community is spending about US$50 billion each year further enhancing this global footprint...There are many places where it simply doesn't make economic sense to duplicate this coverage with networks based on alternative wireless technologies. For that reason, regulators shouldn't mandate the use of a specific technology. Instead they should allow individual operators to decide how to provide Internet access to rural communities."

Tom Phillips also highlighted how the existing cellular infrastructure can be used to provide a wide range of information and communications technologies, from simple voice calls to email to Internet access. More than two billion people are using mobile phones around the world, creating huge economies of scale for the mobile industry and making it increasingly viable to provide coverage in the more sparsely populated areas of the planet.

As second generation (GSM) networks evolve into third generation (W-CDMA & HSPA) networks, operators will be able to add new services and applications that deliver a media-rich wireless broadband experience to users on top of the existing voice, text-messaging and Internet access services. The roll-out of W-CDMA mobile networks is gathering momentum - there are now 86 networks worldwide offering multimedia services to users.

This widespread uptake of W-CDMA clearly demonstrates that building on the existing end-to-end mobile ecosystem is often more viable than rolling out and implementing unproven alternative broadband access technologies from scratch.

The value of an end-end mobile system cannot be overestimated from a user perspective. To deploy fragmented wireless access technologies to the same level of ubiquitous coverage and mass-market take up would require a huge investment on a par with that made by the global mobile industry over the past 15 years.

While mobile phones are typically the most cost-effective way to offer Internet access in the developing world, they are still too expensive for many of the world's poor. The mobile industry is working hard to reduce the cost of handsets and extend coverage into rural areas, but it cannot tackle the digital divide on its own.

Tom Phillips made his view quite clear: "Governments need to ensure that the appropriate radio spectrum is available, mobile phone usage isn't impeded by high taxes, and wireless networks are subject to appropriate levels of regulation that promote instead of discourage investment. If teledensity is your goal, mobile is the best way to get there."

Countries with fair and transparent regulatory regimes are seeing a boom in investment by mobile operators and a corresponding boom in mobile phone usage. Last year, the mobile industry invested more in Pakistan, for example, than all other direct foreign investment combined: mobile penetration in Pakistan has leapt from 2% two years ago to 7% now.

South Africa to invest in satcoms and broadband expansion
Investment 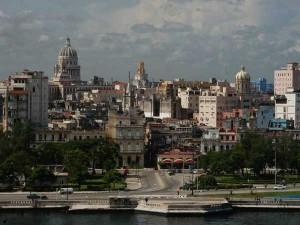