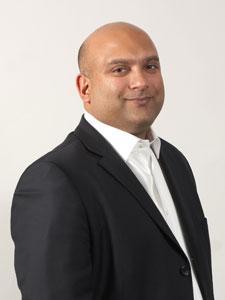 One of the largest bottlenecks - and therefore biggest challenges - for communication service providers in emerging markets is backhaul capacity. Due to increased use of data services as well as more rapid uptake of voice services, many operators are discovering that they are rapidly approaching capacity limits which seemed practically unreachable just a few years ago.

A number of solutions are available to address this challenge. One of the more interesting technologies to emerge in the last two years is fibre-through-the-air, or FTTA. The technology’s creator, Bluwan, is a French firm established in 2005 which aims to offer low cost wireless solutions for increasing last mile capacity.

DT: Where have you seen the most deployments thus far?

SS: The focus for Bluwan has typically been the UK and Eastern Europe, but since our February launch we’ve had plenty of activity in the Middle East. A lot of regulators in this region are following the example of Ofcom’s regulation of the 40GHz band, and as a result operators in these markets are increasingly interested in cost-effective, high-bandwidth, multi-gigabit solutions to support their emerging needs in the mobile space.

Egypt, Iran, Afghanistan, parts of Eastern Africa, Southeast Asia and the Pacific Rim are all regions where interest in the product is increasing. They’ve tried traditional microwave solutions, and haven’t obtained the desired results.

DT: Why is the technology gaining particular traction in emerging markets?

SS: Increased backhaul capacity is highly sought after – it’s the most widely used application of the technology in these markets. There are operators in areas as diverse as Qatar, Slovakia and the Maldives relying on mobile services, and although the emphasis has been on voice, with low bandwidth and traditional point-to-point links, carriers are increasingly focused on delivering wireless Ethernet. This can either be because they have WiMAX licences or because they’re upgrading their infrastructure to support 3G, or even moving straight to LTE. As a result of this, their traditional backhaul methods – fibre, copper or traditional microwave – are limited.

DT: Is this due to a lack of established infrastructure?

SS: There is usually very little copper infrastructure in less developed countries – and if there is, it’s very poor quality. Developed countries are often more interested in extending the lifespan of existing infrastructure, whereas this obviously isn’t an option in many emerging markets. There are also issues of terrain – mountains, archipelagos, etc. – which are hardly exclusive to emerging markets, but perhaps more common. FTTA is a particularly appealing means of overcoming issues in challenging markets like these, as the budget for fibre deployments simply isn’t there.

For example, we’ve seen deployments in the Maldives – it’s an island nation and 90% of its area is essentially underwater, so driving fibre optic cable through this environment is challenging. There is also a lot of land reclamation as part of an effort to decentralise the population, spreading it further afield from the capital Male – this new land of course has no infrastructure for either telecoms or power.

One of the operators we spoke to in the Maldives was at almost 70% utilisation on their backhaul, so they’re struggling with how they can provide increased capacity to the island. Microwave is an option, but as the available spectrum in the sub-40GHz is becoming more and more limited - and also because of the sheer increase in the number of links – operators need to get smarter about how to cover more access points with less equipment.

DT: And what are the most viable ways of doing this?

SS: With typical PTMP architecture you can create a ‘coverage area’ that can be used for backhaul, residential or enterprise services. Once an area has been backhauled, operators can choose to deliver coverage through mobile broadband, which requires at least a good VDSL service of around 20 – 40 Mbps. However, the demand for high bandwidth services will increase as the population does – for example, in an area of reclaimed land.

FTTA can provide this capacity via a small dish mounted to the top of a house which then feeds a residential gateway delivering up to 100Mbps of bandwidth to the customer. This would typically be provisioned so that residents receive 10 – 20Mbps, while small business would be more likely to receive 100Mbps.

DT: What is the notional capacity of this type of deployment?

SS: Switching to the backhaul solution could provide a corporate with any amount of 100Mbps links, which is made possible by having 2500Mbps of budgeted capacity. With the correct provisioning, it’s possible to provide high speed broadband to an entire island as well as backhauling all mobile broadband requirements. While this solution was particularly suited to the Maldives due to its archipelagic geography (pictured, right), many other territories are seeing similar deployments.

DT: Can you give me some examples?

SS: In Slovakia, the incumbent operator has the ‘right of way’ on all the country’s fibre infrastructure. Alternative operators are therefore looking to compete in a market hungry for 40-100Mbps services with little available fibre infrastructure, and so look to wireless technology to deliver FTTH-style services. However, traditional options such as WiMAX do not deliver the required bandwidth.

FTTA can deliver these services with a high level of QOS – not quite up to fibre’s standard, but the connection and latency have been demonstrated as being business-grade. The bandwidths are applicable to emerging markets for mobile or WiMAX backhaul.

DT: Have you done any WiMAX specific deployments?

SS: We recently dealt with a Macedonian operator looking to backhaul as well as offload their WiMAX. Their initial investment in WiMAX was to deliver triple-play services, the reality was that in most areas capacity was only around 2 – 4Mbps; a maximum of 8Mbps in strong signal areas. We offered to download the data on our infrastructure, pushing the download to 70-80Mbps and extending the shelf-life of the existing infrastructure.

Infrastructure can also be added as required – the bandwidth is already capable of being delivered, so extending coverage only involves an infrastructure rollout at the remote site where it is required, rather than at both ends.