Globe Telecom, a leading full-service telecommunications company in the Philippines, has announced plans to expand its tower infrastructure in the country.

The announcement came as Globe entered into an agreement with ISOC Infrastructure Inc. and Malaysia-based edotco Group, a regional and integrated telecommunications infrastructure services company.

The agreement makes Globe the first telco in the Philippines to support the common tower initiative launched by the country’s Department of Information and Communications Technology (DICT). ISOC and edotco, the first towercos to seek vendor accreditation with Globe, plan to build an initial 150 sites for the company.

The DICT has signed agreements with 23 tower companies, including ISOC and edotco. The aim of the DICT initiative is to improve efficiency by avoiding tower duplication.

Suresh Sidhu, CEO of edotco, was, not surprisingly, upbeat about the agreement, noting that infrastructure sharing has been proven to help mobile network operators focus on their core business and service offerings by alleviating the cost pressure of building and maintaining towers. “Our focus is not merely addressing digital gaps today but on building shareable infrastructure for the future, creating the right environment for the nation’s digital transformation aspirations,” he said.

It’s certainly proving an urgent need, given that the Philippines is estimated to have just under 18,000 cell sites, well behind many other countries in Asia. To date ICT infrastructure spend has been a private sector business but the DICT hopes to build at least 50,000 new common towers across the country in the next seven to ten years. A Common Tower Policy, long planned, has yet to be launched, however. 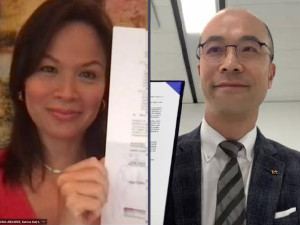