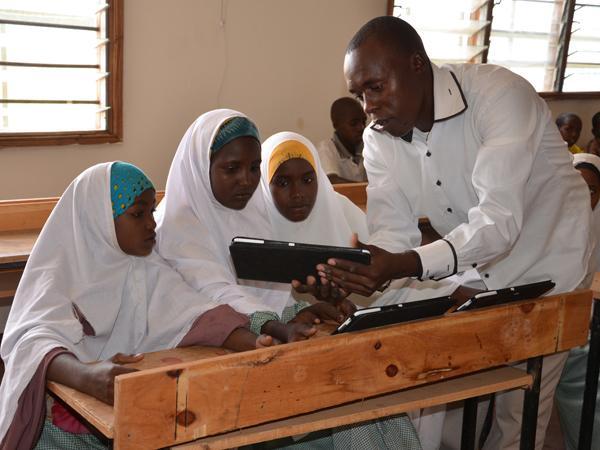 The Vodafone Foundation is launching a new initiative to refugees with access to educational resources.

Over the next 12 months, and in partnership with the UN High Commissioner for Refugees (UNHCR), the foundation will launch its Instant Classroom in 12 school in Kenya, Tanzania and the Democratic Republic of Congo, providing children and young adults in some of the world’s largest and most poorly resourced refugee camps the opportunity to continue their education.

The Instant Classroom, a digital ‘school in a box’ that can be set up in a matter of minutes, has been specifically designed for areas where electricity and internet connectivity are unreliable or non-existent and will be deployed in partnership with UNHCR’s Innovation and Education units.

The ‘box’ is a secure and robust 52kg case which is equipped with a laptop, 25 tablets pre-loaded with educational software, a projector, a speaker and a hotspot modem with 3G connectivity. The tablets can connect to the laptop locally, enabling teachers to deliver content and applications to students without the need to access the internet.

Over the next year, the Instant Classroom will be deployed to 12 schools in refugee settlements in Kakuma in Kenya, in the Nyarungusu refugee settlement in Tanzania and in the Equatorial Region in the Democratic Republic of Congo. This year, the initiative will provide up to 15,000 children and young adults with advanced teaching aids that are currently only available in a minority of schools in developed nations.

The Instant Classroom builds on the Vodafone Foundation’s experience with tablet-based learning programmes. In 2014, the foundation worked with UNHCR’s Education and Innovation units to develop the Instant Network Schools programme, which introduced tablet-based learning to around 18,000 pupils in the Dadaab refugee settlement in northern Kenya. Teachers at the Dadaab schools said the tablet-based lessons have been so popular that pupil attendance had increased by an average of 15%.

Over the next two years, the Vodafone Foundation Instant Network Schools programme will be extended to support additional schools in refugee camps in Kenya, Tanzania and the Democratic Republic of Congo with the aim to reach more than 40,000 children and young people.

Vodafone Foundation Director Andrew Dunnett said: “At the end of 2013, UNHCR estimates that there were 50 million refugees and displaced people worldwide, half of who are under the age of 18. With refugees displaced from their homes for an average of 17 years, many have little or no access to education. The Vodafone Foundation Instant Classroom is robust, simple and powerful. It puts the best technology that educators have to offer into the hands of children and young people living in the toughest of environments.”

UNHCR Innovation Lead Olivier Delarue said: “In the face of increasingly complex humanitarian crises, UNHCR is tasked with finding new, creative ways to meet the developmental and educational needs of young refugees and stateless people worldwide. Innovation for us is not about developing educational products; rather it is about using technologies that partners like Vodafone Foundation have to offer as a new way of identifying and testing solutions to enhance educational opportunities.”