The wave of attempts in many countries to bring multiple SIM card use under control is continuing, this time in Togo.

The Togolese government is trying to manage the profusion of SIMs in the country by setting a cap on the number of active SIM cards per user per operator.

According to the Togo First news service, a decree signed at the end of April means that every user of mobile phones living in Togo is to have no more than three active SIM cards per operator. There are two operators in the country: Togocel and Moov, both of which have been asked to help in making the process easier for users.

Although the law is in now in effect, users of more than three SIM cards per operator have six months to comply with the legal provisions. After that, all their numbers could be suspended.

The regulation will only apply to individuals, the government insists, though who is thereby excluded from the regulation is not clear.

Regulator the Autorité de Régulation des Communications Électroniques et des Postes (ARCEP) said earlier this week in a press release: “This provision strengthens the legal framework, particularly concerning the identification of mobile service subscribers, to ensure compliance with regulatory and international obligations.” As in many countries, one of the main reasons cited for this move is to tackle criminal activities involving the use of cellular phones.

According to the DataReportal website, there were 6.53 million mobile connections in Togo in January 2020, equivalent to 80 percent of the total population.

Until now, users could have an unlimited number of SIMs per operator, so how much these figures will change after consumers respond to the new SIM law is an interesting question. 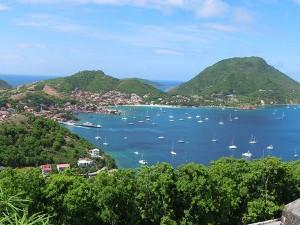 5G on the way to French overseas territories
Regulation