Mobile gambling revenues from the Asia-Pacific region are set to rise from US$966 million in 2006 to US$8.8 billion in 2011, according to a new report.

Mobilegambling revenues from the Asia-Pacific region are set to rise from US$966 million in 2006 to US$8.8 billion in 2011, according to a new report.

Juniper Research, analyst to the global hi-tech communications sector through reports, consultancy and industry surveys, spotlights Asia-Pacific as the largest geographic market for mobile gambling, followed by Europe, with North America, South America and the Rest of the World a considerable way behind.

Asia-Pacific and Europe will also contribute similar revenues in the next five years although accommodating a different business mix. And like Europe , Asia-Pacific will witness a substantial rise in total revenues (i.e., the value of bets placed) from US$950 million in 2006 to US$7.9 billion by 2011. In comparison, North America  - where legislation permits - will rise from zero revenue in 2006 to over US$3.3 billion by 20l1. South America will grow from US$34 million to US$1.33 billion.

Juniper's forecasts factor in a number of potential drivers and constraints. Bruce Gibson, Research Director at Juniper Research, states: "Among the advantages of the mobile channel is the impetus provided by the continued and unparalleled growth of the mobile communications subscriber base in Asia Pacific which is forecast to exceed 1.3 billion users by 2011." This is an increase that will - in just five years - cater for over 40% of global subscribers.

Juniper also cites the desire to gamble in sectors of the population, the speed of advancing mobile networks and handset technology. Bruce Gibson continues: "Globally revenues are set to rise, in part thanks to the inherent advantages of mobile communications in terms of convenience and pervasiveness."

However, the mobile gambling market is perhaps as its nature suggests, difficult to predict. According to Juniper, figures for the adoption of mobile gambling services and ultimately revenue could substantially increase on current forecasts, if more liberal gambling environments are introduced in key regions in the near future. 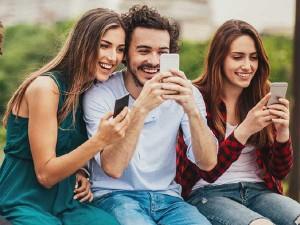