The fall of the Gaddafi regime has prompted telecom reform in Libya, and subsequent unrest has not had too damaging an impact on the sector, according to Research & Markets.

Under the Gaddafi regime, virtually the entire telecom and internet sector was in government hands, with the unique situation wherein three government-owned mobile networks were expected to compete with each other. One of these networks, Libyana, was to have been privatised through an IPO in late 2014, though instead elements of the operator's mobile network were split off to create a separate operator serving the eastern part of the country.

A new Telecommunications Law has been drafted and the government is in the process of establishing an independent regulatory authority. Since the downfall of the old regime, 25 ISPs have already been licensed to compete with the government-owned former monopoly, as well as 23 VSAT operators.

Despite destruction to telecom infrastructure, it remains superior to those in most other African countries. Massive investments had been made by the former government into a next-generation national fibre optic backbone network. There was considerable expansion of DSL and WiMAX broadband services, and new international fibre connections and upgrades made to existing ones. Libya also had one of Africa's first Fibre-to-the-Premises (FttP) deployments. The first terabit international fibre optic cable landed in the country in 2010, followed by a second in 2013. Investments into telecommunications infrastructure totalling $10 billion were earmarked for the 15 years to 2020, though given the civil strife in recent years it is difficult to say how much of this will be put into effect.

With one of the highest market penetration rates in Africa, the mobile voice market is approaching saturation, supported by some of the lowest tariffs on the continent and one of the highest per capita GDP levels. Opportunities remain in the broadband sector where market penetration is still relatively low. So far only one of the mobile networks has launched third-generation (3G) broadband services. Fixed-line penetration has fallen significantly as a result of the war but is also expected to see a renaissance, including fibre, as the demand for very high-speed broadband increases. 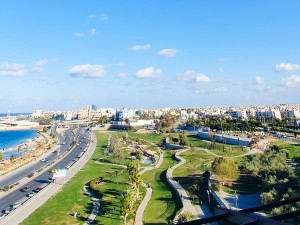