Given its high population density and the low penetration rates across all telecom sectors, Burundi remains potentially one of the most attractive telecom markets in Africa for investors, according to Research & Markets’ latest report.

Nevertheless, investor reticence is still evident given the country's low economic output and the fact that fixed-line infrastructure remains poor outside the main urban areas. Compounding these practical difficulties is the continuing political turmoil which can has rendered the investment environment problematic.

To overcome difficulties associated with the poor telecom infrastructure, the government - supported by the World Bank - has backed a joint venture with a number of prominent telcos to build a national fibre backbone network offering onward connectivity to submarine cable infrastructure landings in Kenya and Tanzania. The first sections of this network were switched on in early 2014, and additional provinces have since been connected.

In addition, the government in early 2018 kick-started the Burundi Broadband project, which aims to deliver national connectivity by 2025. Based on this improved infrastructure, the government and ITU have developed an ICT strategy to make use of telecoms to promote the country's socio-economic development through to 2028.

International bandwidth increased almost five-fold between 2014 and the end of 2017, resulting in lower retail prices for consumers. There have also been efforts to encourage the country's ISPs to join the national IXP in a bid to channel internet traffic locally and thus reduce the cost of providing services to end-users.

Two of the mobile operators have launched 3G and LTE services to capitalise on the growing demand for internet access. The number of mobile subscribers grew rapidly for several years, and though this slowed in 2016 there were about 6.2 million subscribers as of early 2019. At 52%, mobile penetration remains low by regional standards, suggesting considerable room for further growth.

Viettel Group received a licence to provide mobile services in early 2014, and launched 2G and 3G services in June 2015 followed by LTE services in February 2016. It soon became the leading player in the country, with an extensive fibre-backhaul network which it can use to provide fixed-line services.

The long-established plans to privatise the national telco Onatel (which also operates one of the mobile networks), have been delayed several times, but the government since 2013 has made efforts to kick-start the process. 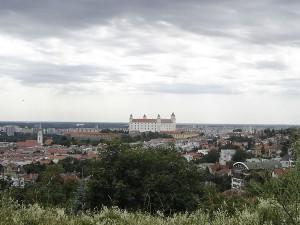