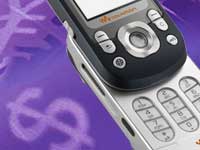 CGAP, the global microfinance centre has been releasing new research and data to encourage telecom operators, financial institutions and governments to see the business potential in expanding access to financial services for poor people in developing markets. The current economic climate makes the need for widespread availability of safe alternatives to cash even more pressing.

Elizabeth Littlefield, CGAP CEO, clarifies: "This financial crisis cannot mean the end of innovation. Let's remember that some of the greatest innovations of the past century - the pocket calculator, television, the World Wide Web - were created during times of economic hardship...Mobile banking can move beyond simple transaction accounts to offer a flexible platform that will meet poor people's needs, while at the same time providing a new source of growth for providers," said Littlefield. "All the pieces are now coming into place for mobile banking to transform the way people get banking services in emerging markets."

For CGAP the biggest mobile banking success to date has been M-PESA in Kenya, which is 45% cheaper than other transfer services. A forthcoming independent survey will reveal that 83% of users will say that not having M-PESA would have a "large negative impact" on their lives.Though these are encouraging numbers, CGAP has found that so far m-banking has yet to reach its full potential globally. Fewer than one in ten mobile phone banking customers are poor, new to banking, and doing anything more than payments and transfers.

There are other potential opportunities for service providers to help address the needs of the poor while growing new business. CGAP estimates that 150 million poor people around the world receive regular social welfare payments from their governments. Yet fewer than 25% of beneficiaries receive their benefit into a bank account through which they could save, make payments and build assets.

"Imagine if such payments could be delivered using magnetic stripe cards linked to a bank account - or through a mobile phone. This could mean beneficiaries would suddenly have access to a full range of valuable services such as savings," in Elizabeth Littlefield's opinion.

At the GSM Mobile World Congress in Barcelona, CGAP's Technology Programme presented some of its latest findings concerning client uptake and business models that make mobile banking work for poor people. As examples:

* CGAP is an independent policy and research centre dedicated to advancing financial access for the world's poor. It is supported by over 30 development agencies and private foundations who share a common mission to alleviate poverty. Housed at the World Bank, CGAP provides market intelligence, promotes standards, develops innovative solutions and offers advisory services to governments, microfinance providers, donors, and investors. CGAP's Technology Program is supported by the Bill and Melinda Gates Foundation.