The most obvious option available to banks trying to roll out mobile financial services in emerging markets is to set up services directly with a mobile operator.

Indeed, many banks in emerging markets have a mobile banking platform from one of the vendors present in the market. However, they still face the challenge of capturing the hearts and minds of consumers, as many potential customers do not see how mobile banking will affect their lives.

For this reason, operators cannot discount the most widely available baseline technologies in emerging markets. A mobile banking solution that is served via an app on a smartphone will be unavailable to a vast chunk of, for example, the African population. It is therefore vital to extend the capability to feature phones, through technologies like SMS and USSD.

Smartphones are typically not affordable for the average consumer in Africa – and other regions such as India and Latin America – but even in instances when a customer does buy one, they often cannot afford the data plan. This leads to a lot of smartphone customers in these markets connecting to services via USSD – essentially an acknowledgement that people want to use smartphones but cannot afford them.

“In Africa the awareness, usage and importance of USSD is higher than anywhere that I’ve seen around the world”, says Mike Grant, CMO at messaging and USSD provider Myriad. “It’s integrated into the culture in a way that people outside of the region do not appreciate. Given the heritage and consumer mindset in these markets, coupled with stalling smartphone growth due to the affordability (or otherwise) of high-end devices, there is no way that there will not be a strong, sophisticated USSD user base in ten years’ time.”

The core underlying advantages of familiarity and affordability underpin the continued presence of USSD in Africa. This doesn’t just apply to the phone, but also the data service. In the developed world, selling somebody a smartphone also involves selling them a monthly data plan, whereas this option can be locked out by limited handset choices.

“A smartphone without a data plan is a feature phone”, says Peter de Villiers of MFS specialist Clickatell. “There are a lot of smartphones being sold at a fairly low cost in emerging markets – they might even be a ‘grey market’ import product – so a lot of consumers do have devices that appear to be smartphones. However, data access is still very expensive in a lot of emerging markets, and if a phone doesn’t have it then it’s really reduced to talking and texting in terms of information access and exchange,” he concludes.

Another factor that drives USSD usage in emerging markets is the proliferation of services such as mobile money and value-added services. This is often motivated by aspiration – offering services such as Facebook over USSD will appeal to customers who are attracted by this connected, social lifestyle.

Giving people their first taste of being connected to the internet will help them to understand the value that the internet can add to their lives, prompting them to adopt increasingly more sophisticated products. With even a basic connection, customers can access services that can fundamentally improve their lives on a financial level, such as mobile banking, as well as less significant but certainly useful means of communication, such as social networking.

There are core needs that users require to be met, such as mobile top-ups and banking. There’s a set of pure information services – healthcare, agriculture etc – and there’s communication and entertainment services, of which Facebook is a great example. It has a highly recognised brand, but is a service that a limited number of people in African countries have access to. Giving people access to such a desirable service at an affordable price is good for the user and the operator, pushing the consumer into a broader understanding of the internet.

However, while customers can make use of available Wi-Fi hotspots to browse the internet using their phones, if a bank needs to reach a client with an alert or notification then they can’t rely on such intermittent access. For this reason, using technologies such as SMS and USSD for out-of-band push notification services is still essential in emerging markets.

Currently most mobile banking platforms enable banks to extend the services onto phones via a Java or WAP-type client. Extending this footprint into any feature phone via the more ubiquitous USSD and SMS technologies allows any customer to access the service. However, even with the democratisation of mobile banking services it will still be difficult to overcome the entrenched cash economy, argues De Villiers.

“Cash is convenient and quick”, he says. “A solution needs to offer major advantages over this – SMS for receipting, alerts & notifications, USSD as a secure channel, and functions like virtual top-up.” Topping up virtually involves allows customers to buy prepaid airtime from their phone, via the mobile banking client. De Villiers believes it will be a killer application in driving the adoption of mobile payments.

In many emerging markets, mobile recharge services are used substantially more than balance enquiry services. This indicates that even in a predominantly prepaid market, customers are not too concerned about exactly how much they are spending on communications as long as they have access to them. In turn, this underlines the importance of providing services through baseline technologies; in essence democratising popular services through widespread, widely understood technologies. SMS on the wane? Let’s not go over-the-top.
Consumer Ecosystems 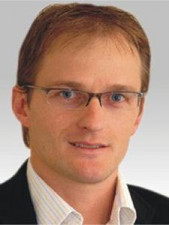 First National on alert in Namibia with Clickatell
Revenue & Billing